I’m reading two inspiring books right now:
Elizabeth Gilbert’s Big Magic: Creative Living Beyond Fear, and my friend and colleague John Mayer’s new book The Steppenwolf Theater Company of Chicago: In Their Own Words. Although on the surface it would seem neither has anything to do with music – one is about a writer, her passion for writing, and how to discover the magic and creativity we all have inside us. The other, a historical look at and tribute to Chicago’s legendary Steppenwolf Theater. Turns out both are absolutely about music, 100% applicable to anyone in the arts, and fortunately for me, very relevant to my life as classical orchestral flutist.

Elizabeth speaks of the sacred vow she made to always write no matter what, and her commitment to her art. She writes about digging deep, finding out who you are and always being true to yourself. Realizing that you’re not required to save the world with your creativity – your own reasons to create are reason enough. Also, to stop complaining because it kills our creativity.

John and the members of the Steppenwolf Theater share their stories from the very beginning as high school students, the struggles of creating something from square one, juggling a full time dedication to their craft and the blood, sweat, and tears of trying to keep their heads above water financially – as young artists and as a theater company, always working as a team never as an individual, the uncertainty of whether or not what you’re doing will be a grand slam, trusting your art is damn good, and “attacking it ferociously” no matter what. There are so many quotable moments in this book. Yesterday, I read one (about a dozen times) by Jeff Perry which especially resonated with me: “…if you’re not working together, you’re working alone. If you’re not in the moment, where the hell are you? You’re in some plan, and that plan can’t be as good as what can happen spontaneously.”
I could go on, but suffice to say the irony of these two books both being on my nightstand after just coming off of two soul feeding, inspiring,  magical weeks of music making with some of the finest musicians in the field, is pretty cool.

Last Saturday night, we closed the 2016 Oregon Coast Music Festival season with a concert I won’t soon forget.  One week later, and I’m still basking in the glow of a truly remarkable Prokofiev Classical Symphony and Rachmaninov 2. Since 1998, Coos Bay and the OCMF have been my summertime musical happy place. There’s something really special that happens there, and I try to hold on to it for as long as possible upon reentry to life back home. Don’t get me wrong, I love Long Beach for about 1000 reasons. I also love getting away and spending a week at a music festival with people I only get to collaborate with once a year.
In many ways, OCMF became my grown up CSU Summer Arts. At Summer Arts, students from all over the world gather and surround themselves with other brilliantly talented, wildly creative students, as well as guest artists and teachers who collaborate, inspire and help these students create something extraordinary. At OCMF, outstanding musicians from all over the country coming together in a beautiful place, perform time honored war horses of the orchestral repertoire with a great conductor who helps us to create something special.  We’re housed by the most generous and hospitable host families in the community, who open up their homes to us and welcome us with open arms, like old friends and even family. It’s awesome in every possible way.

Last Saturday night, right before the concert began, I sat on stage looking around at my friends and colleagues, and couldn’t help but take a trip down memory lane, thinking about our shared history, the many concerts we’ve performed together over the years, the BBQ’s, the late nights at the local pub, the road trips to and from Oregon year after year, the movie nights, the beach bonfires… Some of these musicians and I go back long before Coast, some have been a part of the festival much longer than me, and for some, it was their first year experiencing the magic of “Coast.” 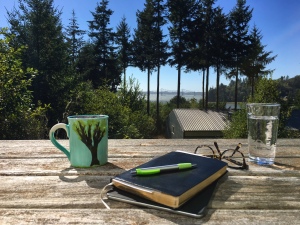 The Prokofiev is a huge piece in the flute repertoire. It’s on virtually every flute audition, and if you ask any flute player, they’ll tell you, it’s … a handful. That said, it’s also a super fun piece to play. Apparently, it’s also a fun piece to conduct because our Music Director, James Paul, sure enjoyed rehearsing it!  The day of the concert, we ran it twice. As a matter of fact, I think we ran it twice at each of our three rehearsals, because, as James said, “it’s short, let’s run the whole thing again…” The night of the concert, we even repeated the last movement as an encore, before intermission! Our principal flutist, Greg Bishop, and I were sure he was trying to kill us, and were frankly pretty surprised (and a little horrified) by James’ decision, but we buckled our seat belts and enjoyed the short ride in the fast machine, so to speak. The benefits of playing this enormously challenging piece a zillion times in three days is not lost on me. I was grateful for the opportunity and had a blast – thank you, James. 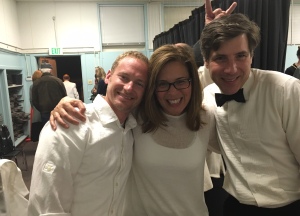 The Rachmaninov was, in a word; exquisite. Unfortunately, this piece sometimes gets a bad rep from musicians who have performed it many times – not unlike The Nutcracker. But, like The Nutcracker, I love it. I don’t understand the notion of getting tired of playing great works. They get played a lot because, well, they’re great. For many, it’s all about the 3rd movement, which I’ll agree, is gorgeous. But, I really love the 1st movement. I could play that piece for a week every season and never tire of it.
Back to Saturday – we truly outdid ourselves. Seriously, this concert will arguably go down in history as one of our very best. Everyone was feeling the love. Everyone’s sincere dedication to the performance was written all over their faces. You could feel it. The magic on stage was undeniable. And, if there was an empty seat in the hall, I didn’t see it. The place was packed! Our first rehearsal three nights earlier was a little rough, but then something magical happened, and it all just came together when it needed to, at the perfect moment. Every single musician on that stage was all in.

Exactly one week prior I was in San Luis Obispo at Festival Mozaic playing another gem; Mahler 4. What a piece! What an orchestra! So incredibly good. Like Coast, outstanding musicians come to this festival from all over the country. We’re only together for a short time and what we achieve is pretty fantastic. Although the entire symphony is lovely, for me it’s all about the heartfelt, take you on an emotional roller coaster, tear your heart out and make you weep 3rd movement. 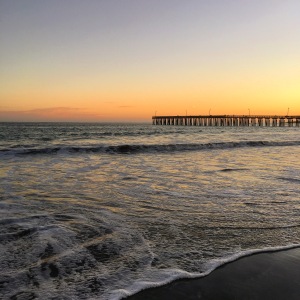 After Festival Mozaic and before our Prokofiev/Rachmaninov concert at Coast, we played another all time favorite on our Tuesday night concert; Elgar’s Enigma Variations. Here, it’s the Nimrod variation that takes me out. Every. Time. I can’t say how many times I’ve played the Elgar or Rachmaninov but I can say it has been many, and nearly every time I’m moved to tears.

So, in one week’s time I performed Mahler 4, Enigma, Prokofiev Classical, and Rach 2, with two phenomenal orchestras. Not a bad week, I’d say. In fact, probably one of the very best.
Summer music festivals, how I love thee.

We don’t choose this life as a classical musician to achieve fame and fortune. I can’t think of one single classical musician who has said “I want to devote my life to orchestral playing so I can make piles of money and retire early!” We choose this path because we cannot imagine ourselves doing anything else that will feed our soul and fulfill us the way that music does. We choose this life because we simply cannot live without it. It’s not always an easy road. In fact, is often the opposite of an easy road, and one that requires big sacrifices. But, that’s all part of it. You have to love it. All of it. Not just the glamorous parts. Elizabeth also addresses this exact point in her book, by the way.

I have devoted many years to the art of being a classical flutist and orchestral musician. Fortunately, I knew from a very young age that I wanted a life like my father Santo Urso; as an orchestral musician. Years later, I’m still here and still just as enthusiastic about all of it. I am thankful for the opportunity play with many remarkable musicians, in many fine orchestras, often in great halls, with (sometimes) great conductors, performing (mostly) great music. Being an orchestral musician fulfills me in a way that I can’t articulate with words. There’s something about being the middle of it all, totally immersed in the sound of the whole orchestra, playing your part no matter how big or small, that fits like a puzzle piece with someone else’s puzzle piece on the other side of the stage, all the while remaining focused and flexible for whatever twist or turn the music may take in a slightly different direction, going with it, playing off one another, stretching yourself to create something just a little more special than what you did yesterday with your seemingly unimportant (but obviously very important) 3 note second flute solo. Then all of the sudden, it happens, that favorite place in your favorite movement comes up and totally takes you out.
That’s when you’re reminded, yep, this is why I do what I do.
With fearless and unapologetic creativity and enthusiasm.
Working together with an extraordinary team to make something truly remarkable, in that moment, on that stage. Just like our Rachmaninov last Saturday. 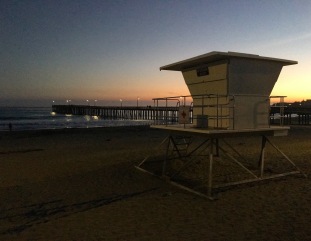